I am working as a trainee TV journalist for ITV. ITV is planning to run a feature article on financial services. My production has been seen by a financial services recruitment agency, Taylor Green. They were most impressed with the quality of my production. Taylor Green wants me to produce some materials for them. Following my research and investigation, I am going to produce a report that analyses the extent to which issues of financial service ethics are effectively addressed by the current regulatory framework.

I will provide a report giving a balanced view on the effectiveness of legislation and reach a judgement on this and make recommendations. All businesses that operate in the financial services industry has a duty of care towards their customers. They must make sure they are completely honest when selling products to their customers. They need to make sure they provide all details of products, what it is, how it works the benefits and also the risks; they cannot force products upon the customers. They should also not be supporting any business that is working in an unethical way.

GET A BETTER ESSAY OUR TEAM IS READY TO WRITE
YOUR ESSAY ON Analyse the extent to which issues... JUST FROM $13/PAGE

An example of unethical practice was when financial institutions like bank and building societies mis-sold payment protection insurance (PPI). Banks devised an insurance product that was designed to not pay out due to the strict terms and conditions and began to force customers to buy the insurance when taking out loans, mortgages and credit cards. This was very unethical and the financial services were not taking any duty of care. The Financial Services Authority (FSA) then imposed fines to all banks and building societies who mis-sold PPI and were instructed the institutions to compensate their customers.

Lloyds had to pay ?9. 8billion, Santander ?500million and the Co-operative Bank ?100million proving that they had to pay large sums of fines. Lloyds were also fined again by the FSA because they were taking too long to compensate their customers. The FSA were very effective in dealing with the PPI issue. They identified the problem, made the banks and building societies compensate their customers and stopped PPI being sold again which is very effective. However, PPI was going on for a number of years and therefore the FSA could have acted quicker.

They could have done this by checking to see if all products that the banks and building societies sell are being sold to customers in good faith and be of value to them. Another example of unethical practice where banks did not show a duty of care to customers is when Lloyds pressurised staff to hit sales targets or risk being demoted and have their pay cut. This meant they would pressurise customers into buying products that they didn’t really need. The Financial conduct authority (FCA) then got involved and fined Lloyd’s bank ?28 million.

Lloyds failed to have a duty of care for their customers and staff. At this time the FCA stepped in and were able to stop the issue. They were extremely effective. I assume that the staff complained to the FCA and is how they were able to intervene so quickly. They acted upon the unethical practice of Lloyds and fined them for their wrong doings. They did a great job and they should continue to act upon complaints especially from staff. All businesses and individuals have a social responsibility in regards to the paying of tax.

No business or person should avoid or evade the payment of taxes as it is unethical. Tax avoidance is the use of legal methods to modify an individual’s financial situation in order to lower the amount of income tax owed. An example of tax avoidance in the UK is Starbucks. Starbucks were manipulating their financial data to show that they had losses. Corporation tax is only payable if you make profits, therefore Starbucks didn’t have to pay any corporation tax. Starbucks were still opening new coffee shops and so it was questionable how they did this when making losses. Read about Starbucks company culture

They had to appear in front of the parliamentary committee yet didn’t declare they were avoiding tax. Although they were not officially charged, the publicity impacted their reputation and customers stopped buying coffee from them. Therefore, Starbucks decided to pay out ?20million out of good will gesture over two years, ?10million each year. The HMRC acted upon Starbuck’s tax avoidance. There are loopholes’ in the UK that make it easy for many businesses to avoid the payment of tax. 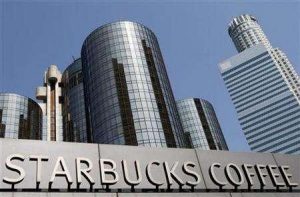 Businesses are allowed to carry their losses from one year to another financial year which meant it was essay for Starbucks to do so. No businesses should be allowed to do this and therefore I suggest that HMRC rethink their laws and make sure than losses cannot be carried over to a new year. Also they should consider taxing income rather than the profits, although making many businesses unhappy, it would make tax avoidance harder to achieve. Another example of tax avoidance is David Cameron. He inherited ?500,000 from his Dad which was in an offshore account.

To avoid inheritance tax, he didn’t deposit all of the money into his account at once meaning it was below the amount that is taxable; he avoided to pay ?70,000 in tax which is very unethical. Alike to Starbuck’s HMRC acted upon this issue. The inheritance tax is ineffective and many people can easily avoid paying it. Therefore I suggest they reduce the tax figure and have different tax rates for different amounts of money to ensure there its harder to tax avoid and that it still brings revenue to the country. It’s important for banks and building societies to investigate if large deposits are made into the accounts.

This is because at the moment there is a lot of money laundering and fraud and so questions should be made. If they cannot give the correct answer, they will take legal action. Money Laundering is criminals disguise the original ownership and control of the proceeds of criminal conduct by making such proceeds appear to have derived from a legitimate source. An example of this is with HSBC. They were fined almost $2billion for failing to stop criminals using its banking systems to launder money. The FCA are in charge of these issues.

I believe they do a good job, however the fines should be much larger to discourage it from happening again. Industrial democracy is another important factor; businesses should always treat their staff ethically. Nadia Eweida is an example where she was treated unethically. She worked for British Airways (BA) and was prohibited to wear a silver cross on a necklace. When she refused to conceal the cross she was fired. She went to UK courts to fight her cause for unfair dismissal, she lost. She then went to EU courts and won her case and BA had to compensate her worth ?26,000.

The UK were not effective in helping Nadia’s case as she lost them. The UK laws, courts and tribunals need to work better to protect UK people rather than the EU courts. In conclusion, I have now given examples of where there has been a lack of unethical practice and lack of duty of care and how regulatory bodies have dealt well or poorly with issues. I personally believe that there are many authorities in place that are working well to control businesses and to ensure everyone is treated fairly but there are many improvements to be made.