Aspects of Porters model, as well as Arthur and Eisenmanns work, can be applied to an explanation of Googles massive success

From reading this case, it is clear to our group that aspects of Porter’s model, as well as Arthur and Eisenmann’s work, can be applied to an explanation of Google’s massive success. Porter’s model, we feel, is the least useful in discussing the success of this company, as an analysis of Google’s business model per this framework would actually make it seem difficult for a company such as Google to succeed.

At the time of its emergence into the market, the threat of new entrants was very high, as was the threat of substitution due to existing search technology that had been in place since the mid 1990’s from companies like Lycos and AltaVista. What Google did do very well was establish the customer/end user priorities and cater their service very closely to what users need, which is quick, easy search with good results. The strategic positioning of selling their services to Yahoo! rior to their IPO also allowed them extensive time to develop their technologies and hone their business before setting out on their own. Arthur’s discussion of increasing returns to scale and Eisenmann’s article on racing are almost perfectly tailored to a discussion of Google, as these modern factors are what really has caused the company to succeed. To begin, everything Google does is directly correlated to one thing: size. The company’s success has come as a direct result of leveraging network effects to its advantage as much as possible. Read atricle “How Google begun”

GET A BETTER ESSAY OUR TEAM IS READY TO WRITE
YOUR ESSAY ON Aspects of Porters model, as well... JUST FROM $13/PAGE

The more information it can access to search, the better it can tie related web sites and search keywords together, and the more able it is to place targeted advertisements in strategic locations where they are more likely to have high returns. In turn, such large scale makes Google more attractive to advertisers, as it is able to guarantee them significantly more traffic from the ads than a business with a smaller scope would be able too. In building its business, Google had to race to achieve this massive scale before other competitors could do so and build up a large base of both customers and end users. 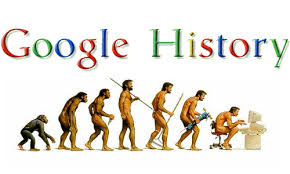 However, they were able to do this not by being the first to market, but rather by using superior technology and the advantages of being a late mover to leapfrog the competition of the 90’s right into first place. Also relevant from Arthur’s model is the fact that Google exists in a market with a minimum efficient scale. That is, a search company has to have the computing resources and manpower to dredge the vast amounts of information on the Internet, or it simply cannot compete.

The increasingly high stakes due to the necessary scale to survive in the search industry has left only a few large remaining “power players”, with the market divided mostly between Google, Yahoo! , and MSN. Yet, there is another factor that would allow Google to lose business as quickly as it had earned it if it were not careful, and this is the low cost of switching. Google goes to extremes to ensure that its server network is error proof and that its search algorithm is on the cutting edge because it is well aware that there is little to no cost to the end user to switch to any other competitor with a “single click”.

However, if it were to lose ground either due to technical problems or inferior search technology, business could slip away to the major competitors as a very rapid pace. In light of these facts, it is our group’s opinion that the best strategy for Google would be to focus on its main business, search, and concentrate on continuing to build a fast, error free server network that can accommodate Google’s huge and constantly fluctuating user base. Google’s largest market advantage at this time is its sheer size.

It has the manpower and computing power to utilize the best technology to comb through the Internet better than any of its competitors. It is very unlikely that any other company could get to this level simply because of the infrastructure needed to support operations at this volume. Google should concentrate the majority of its effort upon continuing to exert its dominance in this domain. Their strategy for monetizing online advertising is superior to that of their competitors and their customer base is the largest by far.

By simply playing defense and working to continually utilize this massive client set, Google will guarantee itself a perennial spot at the top of the market. However, this is not what the company has been doing lately, dabbling in a varied range of seemingly unrelated topics, moving itself in the direction of becoming a portal or “one-stop-shop” more similar to Yahoo! ‘s model. Yet, Google did not get to where it is today by being good at a lot of small things, it got there by being the best at one thing.

Most end users who are not engineers by trade know Google for its prowess in delivering reliable, accurate search results, not for its unique corporate culture or status as a desirable place to work. The second that Google spreads its resources too thin across too many of its engineers’ “innovative” pet projects will be the point at which it opens itself up to the risk of being picked apart by competitors who are more willing to focus on perfecting their work within these individual areas.

From Google’s own literature which states such philosophies as “it’s best to do one thing really, really well” and “great just isn’t good enough,” it is clear that striving for continued excellence in the search business is more within their ideals than branching out into smaller, possibly mediocre supplementary ventures. In order to prevent this possibility of ending up in the wakes of other specialized companies, we feel that Google needs to re-concentrate its efforts in sustaining its dominance as the indisputable market leader in the search industry.