Doctrine of Repugnancy in India

“The distribution of powers is an essential feature of Federalism”

The object for which a federal State is formed involves a division of authority between the Central Government and the State Government. The tendency of federalism is to limit on every side the action of the Government and to split up the strength of the State among co – ordinate and independent authorities are especially noticeable”. A Federal Constitution establishes a dual polity with the Union at the Center and the States at the periphery, each endowed with sovereign powers to be exercised in the field assigned to them respectively by the Constitution. 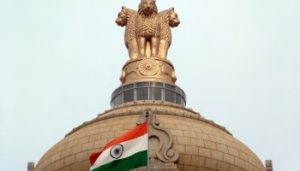 It therein distributes the subject-matters over which the two are competent to make laws; List I being the fields allocated for the Parliament, List II being those within the exclusive domain of the State Legislatures and List III represents those areas where both carry concurrent powers to make laws. But the Constitution itself through Article 254 provides that where there is an inconsistency in laws made by the Center and the State then the Doctrine of Repugnancy will be applied and the State Law would be void to the extent of repugnancy to the Union Law and the Union Law will prevail over the State Law.

INTRODUCTION
The Constitution of India vests the law-making power between the Union Parliament and State Legislatures in terms of its various provisions read with Schedule VII. It therein distributes the subject-matters over which the two are competent to make laws; List I being the fields allocated for the Parliament, List II being those within the exclusive domain of the State Legislatures and List III represents those areas where both carry concurrent powers to make laws.

The Constitution, however, itself provides [vide Article 254] that a law on a subject-matter prescribed in List III enacted by the State Legislature would be valid only in the absence of or not being contrary to a law made by the Parliament on the same subject-matter. Thus has developed the the Doctrine of Repugnancy which is employed to test as to when and where a State law turns repugnant to the Parliamentary legislation.

DOCTRINE OF REPUGNANCY UNDER THE INDIAN CONSTITUTION Article 254:

2) Where a law made by the legislature of a State with respect to one of the matters enumerated in the Concurrent List contains any provision repugnant to the provisions of an earlier law made by Parliament or an existing law with respect to that matter, then, the law so made by the legislature of such State shall, if it has been reserved for the consideration of the President and has received his assent, prevail in that State: Provided that nothing in this clause shall prevent Parliament from enacting at any time any law with respect to the same matter including a law adding to, amending, varying or repealing the law so made by the legislature of the State. ” Article 254 (1) only applies where there is inconsistency between a central law and State Law relating to a subject matter mentioned in the Concurrent List. 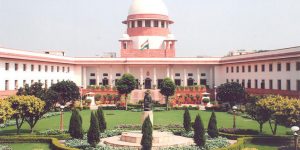 APPLICABILITY OF THE DOCTRINE OF REPUGNANCY

The Doctrine of Repugnancy has been applied in a number of cases in India.

In the said case, the principles to be applied for determining repugnancy between a law made by the Parliament and a law made by the State Legislature were considered. The Supreme Court held that repugnancy may result from the following circumstances: 1) Where the provisions of a Central Act and a State Act in the Concurrent List are fully inconsistent and are absolutely irreconcilable, the Central Act will prevail and the State Act will become void in view of the repugnancy. 2) Where however a law passed by the State comes into collision with a law passed by Parliament on an Entry in the Concurrent List, the State Act shall prevail to the extent of the repugnancy and the provisions of the Central Act would become void provided the State Act has been passed in accordance with clause (2) of Article 254. )

Where a law passed by the State Legislature while being substantially within the scope of the entries in the State List entrenches upon any of the Entries in the Central List the constitutionality of the law may be upheld by invoking the doctrine of pith and substance if on an analysis of the provisions of the Act it appears that by and large the law falls within the four corners of the State List and entrenchment, if any, is purely incidental or inconsequential. 4) Where, however, a law made by the State Legislature on a subject covered by the Concurrent List is inconsistent with and repugnant to a previous law made by Parliament, then such a law can be protected by obtaining the assent of the President under Article 254(2) of the Constitution. The result of obtaining the assent of the President would be that so far as the State Act is concerned, it will prevail in the State and overrule the provisions of the Central Act in their applicability to the State only.

Such a state of affairs will exist only until Parliament may at any time make a law adding to, or amending, varying or repealing the law made by the State Legislature under the proviso to Article 254. This Court further laid down the conditions which must be satisfied before any repugnancy could arise, the said conditions are as follows:-
1) That there is a clear and direct inconsistency between the Central Act and the State Act.
2) That such an inconsistency is absolutely irreconcilable.
3) That the inconsistency between the provisions of the two Acts is of such nature as to bring the two Acts into direct collision with each other and a situation is reached where it is impossible to obey the one without disobeying the other.

Thereafter, this Court after referring to the catena of judgments on the subject laid down following propositions:-
1) That in order to decide the question of repugnancy it must be shown that the two enactments contain inconsistent and irreconcilable provisions, so that they cannot stand together or operate in the same field.
2) That there can be no repeal by implication unless the inconsistency appears on the face of the two statutes.
3) That where the two statutes occupy a particular field, but there is room or possibility of both the statutes operating in the same field without coming into collision with each other, no repugnancy results.
4) That where there is no inconsistency but a statute occupying the same field seeks to create distinct and separate offences, no question of repugnancy arises and both the statutes continue to operate in the same field.
In Govt. of A. P. v. J. B. Educational Society, the Supreme Court has discussed the scope of Article 246 and 254 and has considered the proposition laid down in M. Karunanidhi case with respect to the situations in which repugnancy would arise and has held the following:
1) Parliament has exclusive power to legislate with respect to any of the matters enumerated in List I, notwithstanding anything contained in clauses (2) and (3) of Article 246.
The non obstante clause under Article 246(1) indicates the predominance or supremacy of the law made by the Union Legislature in the event of an overlap of the law made by Parliament with respect to a matter enumerated in List I and a law made by the State Legislature with respect to a matter enumerated in List II of the Seventh Schedule.
2) There is no doubt that both Parliament and the State Legislature are supreme in their respective assigned fields. It is the duty of the court to interpret the legislations made by Parliament and the State Legislature in such a manner as to avoid any conflict. However, if the conflict is unavoidable, and the two enactments are irreconcilable, then by the force of the non obstante clause in clause (1) of Article 246, the parliamentary legislation would prevail notwithstanding the exclusive power of the State Legislature to make a law with respect to a matter enumerated in the State List.
3) With respect to matters enumerated in List III (Concurrent List), both Parliament and the State Legislature have equal competence to legislate. Here again, the courts are charged with the duty of interpreting the enactments of Parliament and the State Legislature in such manner as to avoid a conflict. If the conflict becomes unavoidable, then Article 245 indicates the manner of resolution of such a conflict.

Thereafter, the Court, held that the question of repugnancy between the parliamentary legislation and the State legislation could arise in following two ways:-
a) Where the legislations, though enacted with respect to matters in their allotted sphere, overlap and conflict. b) Where the two legislations are with respect to matters in the Concurrent List and there is a conflict.
In both the situations, parliamentary legislation will predominate. In the first situation, by virtue of the non obstante clause in Article 246(1) and in the second, by reason of Article 254(1). In National Engg. Industries Ltd. v. Shri Kishan Bhageria , it was held that the best test of repugnancy is that if one prevails, the other cannot prevail. In Deep Chand v. State of U. P. the validity of the U. P. Transport Service (Development) Act was involved. By this Act, the State Government was authorized to make the scheme for nationalization of Motor Transport in the State.

The law was necessitated because the Motor Vehicles Act, 1939 did not contain any provision for the nationalization of the Motor Transport Services. Later on, in 1956 the Parliament with a view to introduce a uniform law amended the Motor Vehicles Act, 1939 and added a new provision enabling the State Government to frame rules of nationalization of Motor Transport. The Court held that since both the Union and the State Law occupied the same field, the State Law was void to the extent of repugnancy to the Union Law. In Zaverbhai v. State of Bombay, Parliament enacted the Essential Supplies Act, 1946, for regulating production, supply and distribution of essential commodities.

A contravention of any provisions of the above Act was punishable with imprisonment upto 3 years or fine or both. In 1947, considering the punishment inadequate, the Bombay Legislature passed an Act enhancing the punishment provided under the Central Law. The Bombay Act received the assent of the President and thus prevailed over the Central Law and became operative in Bombay. However in 1950, the Parliament amended its Act of 1946, and enhanced the punishment. It held that as both occupied the same field the State Law became void as being repugnant to the Central Law.

The Constitution of India vests the law-making power between the Union Parliament and State Legislatures and both have the power to make laws.