A typical day in the life of a street child

With a fast-paced lifestyle becoming normal, everyone seeks the comforts of their house at the end of the day

Many of us take things for granted. The truth is that we should thank God for making us fortunate enough to live and relish the successes of life.

The day breaks and we get into motion. Either trying to meet some chores or just pretending to, everyone seems busy. Even then everything seems so usual and complete, in a way.

GET A BETTER ESSAY OUR TEAM IS READY TO WRITE
YOUR ESSAY ON A typical day in the life... JUST FROM $13/PAGE

Life moves at its regular pace for most of us. But, deserts do exist beyond our green pastures. It’s just that they are overlooked by our money-blinded eyes. 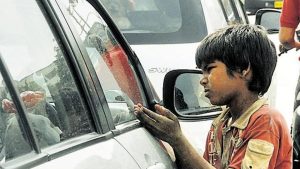 For me it was yet another fine day when something bizarre caught my sight. A child, maybe a couple of years old, was wandering at the robot. Walking bare feet and in rags, he was mopping cars with a filthy piece of cloth.

One knows what Pretoria is like in the month of January. When the temperature reaches 32 ‘ C, we think of resting in our air-conditioned rooms, relaxing in our double beds, and sipping a cold drink or lemonade. But that young boy was cleaning rich peoples cars. 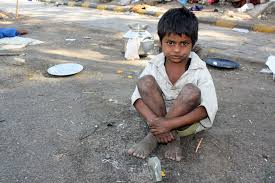 Sitting in my car, I could clearly see those countless dreams brewing in his hopeful eyes, that innocent smile complemented by an easy-going expression on his face. He literally captured my mind for a while.

As he moved closer, I saw that twinkle brighten in search of a few coins which meant the world to him.

But then I witnessed the brutal death of his delight, the cruelty of the well-offs hurried their windows up on him. He protested unnecessarily to slide down the window, his little fingers got stuck in the gaps, gasping to be released, but nobody bothered.

I wondered at the irony of life. A single coin, which holds no value for us, meant a meal to him. His starving eyes got stuck at a fortunate kid, almost his age, gulping coke and munching chips in his air-conditioned car. Probably, he wants a taste of the same. But then who is going to buy him all this??? That’s the fate he was born with!

He died every moment!!! Caught in the vicious circle of poverty and misfortunes, his chance at a normal life was snatched away mercilessly. Hardship killed his every little desire.

It was quite obvious that life was a struggle for him. Fighting every moment for his survival, he begged for money or food. Disregarded as a lifeless rascal by the fortunate ones, he was born in a ruined shack and nurtured by poverty. His only sources of entertainment were the used or discarded toys.

My heart overflowed with a strange feeling of sympathy for him. I could actually feel his pain.

Deeply captivated in my own thoughts, I was startled by a hooting car that caught my attention towards the green signal. The rat race was on again. Once more, people began to rush towards their respective ways, paying no attention to the little boy on the street.

Standing unfriendly under the shade of a tree, he waited for the green light to turn red again. His condition had such a deep effect on me that I was barely able to hold my feelings. As I was heading towards him, he looked at me with a big question in his eyes…..Why me?

I had no answers. I went to him and slipped a few coins in his hand. He said nothing and left with a cold blank stare.